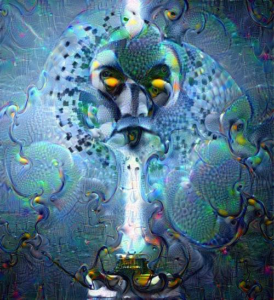 The people in general demonize the things they do not understand, this is something that is happening from the beginning of the times.

For example, before was the vaccines, organ transplants, etc. and now is the Artificial Intelligence (AI) turn. Is interesting for me with my AI knowledges and background read and watch how the people tend to provide skill and abilities to the AI that they are far away to have, and if are diabolic is more the sensationalism in the media.

Before continue I want to extend my congratulations and thank to the company DeepMind for its open policy that allows the researchers community to have access to the methodology in the algorithms that they implemented.

The AI goal is to produce algorithms that allow computers to process data, or take decision, based on the human conception of intelligence; that is far away from the popular misconception of AI’s goal is create a superior intelligence, because as was explained on the other publication “Artificial Intelligence, is really so dangerous?” we don’t understand what intelligence really is.

Examples from this devilish perception of the IA can be found so easy in the media, because it is really easy to catch the reader attention with this kind of sensationalism that provide a better understood of how is really working. 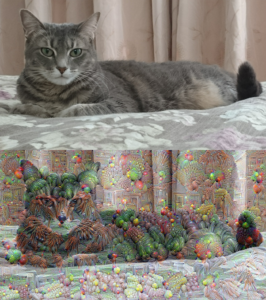 For example, the Deep Dream experiment of the Google’s company DeepMind, they used Deep Neural Networks (DNN) trained to spot patterns in pictures to identify them; this technology already allows it to recognize animals and faces in photos applications.

The research engineers ran various pictures through its neural network, to identify patterns in the images and then alter that image by mixing the original with the image recognized by the DNN, this makes the picture look a little bit more like the pattern that DNN recognized. The neural network then repeats the process with the altered image and after enough times, the picture change radically. At the end the Deep Dream algorithms reinforce a DNN’s false positive by mixing the pattern with the original image and running again with the modified image reinforce more the false positive.

In this algorithm is nothing mysterious, diabolic or brujeria (witchery), you can see it as any of the Snapchat’s silly filters, and you can create your own images at the Deep Dream Generator web page; but you can find media headers like “Now You Can Turn Your Photos Into Computerized Nightmares With Deep Dream” or “Deep Dream: Artificial intelligence meets hallucinations” for example, or in other cases can be worse, for example the youtuber ‘DrossRotzank’ in his video “El extraño dibujo de la inteligencia artificial” transmit the idea that is like when you request to a child to draw something bases in his imaginations.

The Neural Networks is just one algorithm, and have its beginnings with “The Perceptron”, one algorithm that was invented in 1957 at the Cornell Aeronautical Laboratory by Frank Rosenblatt, and by 1958 The New York Times reported the perceptron to be “the embryo of an electronic computer that expects will be able to walk, talk, see, write, reproduce itself and be conscious of its existence.” 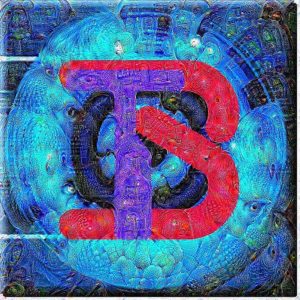 In this moment exist researches working on more complex algorithms, based on multilayers, convolutional Neural Networks, like the used in Deep Dreams or AlphaGo, and other of them include self-organizing capabilities like the self-organizing map (SOM) that apply competitive learning or NeuroBrain that use mix of error-correction learning, structure generation by reinforcement and evolutive algorithms to produce a full dynamic topology neural network with little boundaries to limit the less possible the structure that can be generated.

The concept of a demoniac AI that try to kill the humanity is good for a movie villain, but in the real world is far away of it, and the real danger in the AI is that every day we are leaving more and more responsibility to manage critical systems controlled by “dumb Intelligent Systems” with poor quality control and a deficient testing and homologation procedures.

Bitcoin is a digital asset and a payment system invented by Satoshi Nakamoto who published the invention in 2008 and released it as open-source software in 2009. In this publication […]